It is economically impractical to produce closely matched parts without tolerances. Doing so would lead to a high rejection rate and an increase in the cost of manufactured parts. As a result, engineering tolerance is employed to provide the following benefits:

In most cases, engineering drawings do not show a tolerance on the dimension itself. Rather, an engineer adds a note somewhere on the drawing that dictates a standard tolerance in the absence of a specific notation. This note typically appears in the title block or note section.

An equal bilateral tolerance will have similar plus and minus tolerances such as 1.500 +/- 0.002.

The plus and negative tolerances of an uneven bilateral tolerance are not the same, and neither is zero, for example, +.0005 and -.0003

This type of tolerance usually indicates the same operator also machined the mating parts. Also, unilateral tolerance sees frequent use in the drilling process where hole dimensions will most likely deviate in one direction only. That is, the gap is always oversized rather than undersized.

The unilateral system brings advantages because the actual size is utilized for the GO limit gauge, especially when it requires precision fits. After all, it is easy and simple to determine deviations. This helps in the standardization of the GO gauge, as holes and shafts of different grades will have the same lower and upper limits, respectively. Changes in the magnitude of the tolerance affect only the size of the other gauge dimension, the NOT GO gauge size.

Difference of Unilateral vs. Bilateral Tolerance 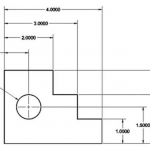 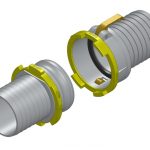 Types Of Engineering Fit – Categories And Its Applications