The austenitic stainless steel casting grade CF8M sees its most extensive use in the United States. The letter “C” in the designation CF8M denotes that the alloy provides corrosion resistance. The letter “F” represents the approximate indication on the iron-chromium-nickel ternary diagram.

The second letter provides an indication of the nominal iron, nickel, and chromium content. It shows how much iron, chromium, and nickel are present. The number “8” denotes the maximum carbon concentration in 0.01 percent increments, implying a carbon content of 0.08 percent. The last letter, “M,” means that the Molybdenum element is present.

In this article, you will learn the properties of CF8M material, applications, and alternatives.

CF8M is a cast austenitic material for pressure-containing parts. It is covered by ASTM A351 ASTM A743 and ASTM A744 standard.

Each standard varies slightly in elemental makeup and its explicitly stated in the chart below.

Molybdenum increases the general corrosion resistance as well as resistance to pitting by chlorides.
In particular, the CF8M alloy works well when welding or solution annealing does not apply. It is recommended for use in temperatures up to 1500F.

In contrast to its more frequently used stainless steel cousins 316 and 304, it is cast rather than wrought. Compared to wrought steel, the casting provides brittleness and the inability for further mechanical work to occur. CF8M is slightly magnetic due to its ferrite content.

In addition, the corrosion resistance and mechanical qualities of CF3M are similar to those of CF8M. The difference is that at ambient temperatures, the tensile yield strength of CF3M is somewhat lower than that of CF8M. Also, the maximum temperature of the CF3M alloy is 800 degrees Fahrenheit. Valve bodies, pump casings, flanges, fittings, and other pressure-containing parts would benefit from the low carbon version (CF3M). This material should be utilized when excellent corrosion resistance is required, and components cannot be solution annealed after welding.

CF8 provides good cavitation resistance, which makes it a good fit for pumping applications and when routine and predictable pressure surges are expected. It also provides resistance to strongly oxidizing environments and corrosive media applications. Examples include hydrocarbons, liquid gases such as oxygen and introgen, as well as organic liquids and acids. Other applications include valves and fittings, flanges, heating coils, mixing agitators and propellers, pumps, spray nozzles, and any wetted parts subject to predictable flow conditions.

316 stainless steel provides the most common alternative to CF8M. Despite stainless steel’s well-earned reputation as being difficult to work with, it actually can be worked, unlike CF8M. As such, 316 provides a more versatile option. Additionally, 316 possesses good resistance to salt-laden environments. 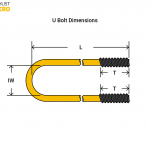 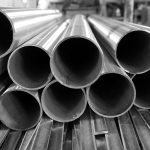 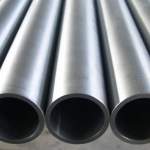 Is Inconel Magnetic? No! But It Does Have Magnetic Properties 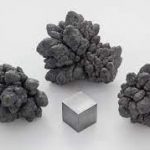 Cheapest Metals – From Least to Most Expensive + Indices
Thanks for subscribing!