PL0: Give us a brief introduction to Venturi Engineers. How did the company originate and what is its ultimate mission?

Venturi Engineers was started in 2015 and we’re a Civil Engineering firm based out of The Woodlands, Texas. We specialize in 3 main areas. The first is site development, which is mainly retail centers, industrial parks, parking lots, and things of that nature. The next area is land development, which is subdivisions and bigger developments in general. Thirdly is municipal, which is water plants, utility infrastructure, and more.

PL0: As a young engineer, starting my own firm is a future goal and dream of mine. What influenced your decision to go out on your own and how has your experience been so far?

It’s been a great experience so far, but definitely not for everyone. Early on in my career, I was placed into different roles that made me question why I was in this particular role or why I was being exposed to this information at such a young age, from marketing to management, to even just drafting. I kind of feel like I was being pushed and led to eventually start my own company.

In 2014, my mentor approached me, an older and semi-retired engineer, and told me he had a project that he couldn’t do alone and that was a great opportunity for somebody to start their own company. I told him I was pretty happy where I was at, I had just bought a house and my wife was pregnant, so financially I was in no position to start a company. He kept asking, and thankfully, God opened up some doors and it was clear that this was the road I was supposed to follow so I took the leap of faith.

PL0: What advice would you give to a younger engineer who plans to follow a similar path?

Excel in whatever area you are placed in. Whatever role you’re placed in, try to be the best at it. Do an excellent job and whoever is supervising you will see that and promote you or give you other opportunities. I think what’s really lacking these days is people who have hunger and a drive, there are a lot of wish-wash mentalities nowadays. You need to set goals and push yourself to conquer those goals.

Also for young engineers, I would highly suggest internships. I did a co-op during my time at Texas A&M, which is similar to an internship except you take time off of school. I worked full-time and it helped set up my career, it convinced me that I wanted to do Civil Engineering and helped me understand what it actually was. When I went back to finish my degree, I was able to ask the right questions in class and understand what applies in the real world.

PL0: It seems that your company has hit its stride over the last couple of years with almost a 40% growth in 2021 alone. In your opinion, what has most caused this growth, and what do you believe is unique about Venturi when compared to its competitors?

I think having the right people on your team is the most important thing in this industry. As an engineering firm our biggest expense is employees, we don’t have many assets. Another big thing is being personable. Engineers historically are not very good at that and tend to be very square and unable to communicate. I think if you’re an engineer that can communicate it goes a long way.

PL0: Taking a look at your website, your company has completed many unique and impressive projects over the past few years. Is there any one project that was more significant and meaningful than the others, and why?

One that really got our name out there was Margaritaville. It wasn’t a huge project for us design or cost-wise, but the publicity around it helped get our name out there. As far as projects that have helped us push our company to the public, landing a water district was probably our biggest step as a company.

PL0: Fast forward 10 years from now, what would be the ultimate vision for Venturi Engineers? Are there any dream projects or areas you would like to expand in? 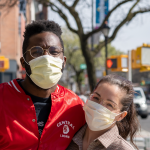 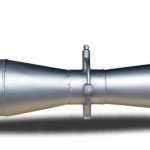 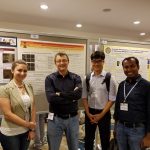 Microscale Transport Phenomena – A Conversation with Dr. Attinger
Thanks for subscribing!