Electric cars generally do not have gears as they don’t have multi-speed transmissions. Electric vehicles receive power via an electric motor. The electric motor produces a consistent amount of torque and delivers power instantly.

This article outlines why electric vehicles (EVs) don’t have gears in general, the exceptions to this rule, and how electric motors power cars.

Did you know that there are 10 million electric vehicles on the road per S&P Global? You read that right. In addition, with more built electric cars, the less cost to build batteries, making electric vehicles more affordable.

Read on to know more about electric cars.

Why Electric Cars Do Not Have Gears

First, let’s discuss how electric car engines work. Electric automobiles get their power from the grid by plugging into a charging station. They employ rechargeable batteries to store electricity and then power an electric motor that rotates the wheels. Electric vehicles accelerate faster than gasoline-powered vehicles, giving them a lighter feel to drive.

How do conventional transmissions work in gas engines?

The transmission, often known as the gearbox, is a metal case that houses a sequence of gears, and it is one of the most complicated components in vehicles. The transmission powers your car by taking reciprocating thrust from the gas or diesel engine and translating it to rotary motion. It then pushes to the wheels in accordance with the input power.

An electric car doesn’t need a clutch; it also doesn’t require gears. Electric vehicles don’t feature a multi-speed gearbox like conventional petrol or diesel vehicles. Instead, they have just one gear. This is because they can achieve much higher revs than a standard fuel engine. A regular car’s revs per minute (RPM) generally ranges from around 750 to 6,000, whereas an electric motor can reach 20,000 rpm.

It doesn’t mean that electric vehicles can’t have gears, but they aren’t necessary to make the car run. The main reason why electric cars don’t have a manual gearbox is they simply don’t need one.

Exceptions to No Gears Rule

Two-speed transmission has two forward gears and one reverse gear, a neutral position, and the possibility of semi-automatic gear shifting. For instance, the 2020 Porsche Taycan features a two-speed automatic transmission at the rear axle, a first for an EV. This multi-speed gearbox aims to improve both acceleration and efficiency at higher speeds. The Taycan can also disconnect its rear axle and run entirely on front-axle power.

Except for the Porsche Taycan, every mass produced electric car has a single-speed transmission that works perfectly. Internal combustion engines require many gears to work since they have a limited range of RPMs. The broad range of RPMs for electric motors allows a single-speed to work for low-end acceleration and highway cruising. This does require a compromise between acceleration and top speed. Generally, electric vehicles manufacturers prioritize low-end acceleration over Autobahn-worthy top speeds.

Advantage of Two-Speeds for Electric Cars

Compared to an ICE (Internal Combustion Engine) car, EVs have 90% fewer moving parts. The following is a list of the components that keep an electric vehicle moving:

All-electric cars (EVs), also known as battery electric vehicles, store the electrical energy that powers the motor in a battery pack. The vehicle’s electric battery is charged by hooking it into an electric power source.

How Does an Electrical Vehicle’s Motor Work?

So, when it comes to powering an electric vehicle, how does a motor work? Typically the drive train employs alternating current (AC) motors, which require a conversion circuit to convert the battery’s direct current (DC). The rotor and stator of the motor are part of a bigger unit called the electric powertrain, which is an ensemble that allows the electric motor to work.

Direct current (DC) motors exist in numerous places in an electric automobile outside of the drivetrain. They operate the vehicle’s windshield wipers, windows, and other minor mechanisms.

Electric vehicles typically make use of a Power Electronic Controller (PEC), which combines all the power electronics required to manage the motor’s power supply and battery charging.

These components work together to make the electric motor run smoothly and efficiently. And what was the end result? An electric car that is quiet, dependable, cost-effective, and enjoyable to drive!

No gears? No fears! 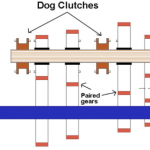 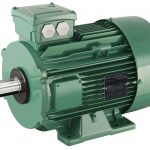 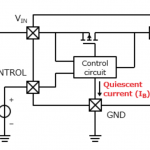 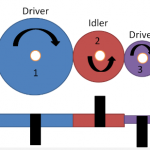