An electrical designer takes engineering calculations, datasheets, reference drawings, and project requirements to generate required electrical fabrication drawings. These drawings are one-line and three-line diagrams, and may also include electrical drawings such as a control panel lay-out drawing or cable tray depiction. Electrical designers usually take direction from an electrical engineer and work intimately with the shop during an electrical build.

Electrical designers typically do not need to be proficient 3D modelers. Conveying electrical requirements to electricians usually can be accomplished via working in a 2D package. The most common 2D package is AutoCAD Electrical. AutoCAD Electrical provides an enhanced ability to create, modify, and document electrical controls systems via an industry-specific toolset.

Operators employ electrical designers in rare cases. These cases may involve specialized projects or when a designer possesses a highly differentiated skillset. Typically engineers, project managers, and administrative support comprise the core team of an operator. The generation of electrical drawings is subcontracted to an engineering house that acts as the operator’s agent.

In 2021, the medium wage for an electrical designer was $27.63 an hour, according to payscale.com. Despite that, its not uncommon for a electrical senior designer to make a 6 figure income. Electrical designers tend to be paid wages or classified as non-exempt, meaning they are eligible for overtime. 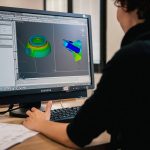 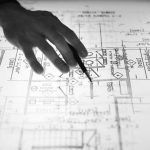 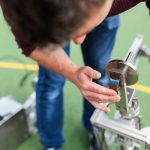