Generally, flare bevel welds are ideal for connections involving tubular members and flat surfaces. Moreover, they are on a variety of structures, especially on T-K-Y joints. Also, this type of joint is common on offshore structures and requires out-of-position welding with fillet, partial joint penetration (PJP) groove welds, or full penetration welds. When using a PJP groove weld, the flare bevel is a suitable option because the nature of the joints suits it as the diagram below highlights.

Apart from its use in joining load-bearing members of a structure, they also serve as a stop in mechanical parts.

Other Types of Welds

There are several methods to pick from when welding a joint. But to choose the appropriate method, it is necessary to compare the features of welding types. This section focuses on comparing these features.

In addition, it is necessary to differentiate between these two types of welds on an engineering drawing or weld map. Thus, the figure below indicates the uniqueness of their symbols.

In some ways, both types of welds appear similar. However, they are inherently different as the table below highlights.

Similarly, a flange corner also serves to connect members where one has a curved surface, and the other is flat. However, there are differences which the table below highlights. 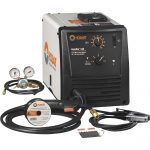 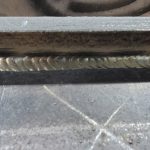 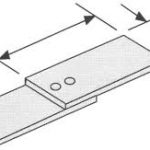 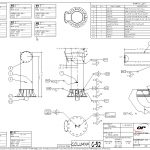