The grub screw, also known as a set screw, secures the connection between two components or parts. In this article, you’ll learn the purpose of the grub screw, commonly available sizes, applications, and alternatives.

Grub screws do not have a projecting head, which is the most evident difference between them and other types of standard fasteners. Instead, they threaded to the top of the hole. The head possesses the same diameter as the hole, allowing the grub screw to be entirely driven into its hole. It sits flush or countersinks into the hole, depending on the application.

Set screws frequently have a head – most likely a hex fitting – but no threadless piece immediately below it (again, this differs from the length of unthreaded shank found on regular bolts). A recessed internal depression serves as the “head-end” because they typically do not have a projecting screw head in the traditional sense.

A hex (Allen) socket, a star (Torx) socket, a square socket (known as a Robertson drive), or a standard slotted drive can use to seat a headless grub screw. The opposing end may have a variety of profiles, depending on the required application.

Rather than the standard arrangement seen with most bolts, grub screws’ design provides secure grasping and connecting capacity without using a nut. Despite this significant difference, they perform similarly to bolt-in installations. Because they’re threaded and drive into an existing tapped hole or socket instead of force penetrating a surface, they categorize as a type of bolt.

The grub screw secures an object against another object without using a nut. It is significant because its ability to attach without a nut makes it highly adaptable, allowing it to utilize in situations that demand a small and discreet fix. It is helpful in instances where a typical nut and bolt repair would either restrict the item’s operation or be unattractive. In addition to the aesthetics concern, the grub screw often provides greater resistance to corrosion than headed bolts.

Another advantage of the grub screw is more torque may be applied than traditional fasteners. Its uniform diameter along its length means the preservation of consistent threading as it enters. Once it seats in place, it may require some difficulty to remove. This holds especially true if the grub screw corrodes or the driven head suffers damage due to improperly applied torque.

Sizes start as small as a couple of millimeters in joint hardware arrangements. Anything under 4mm is considered a ‘little’ grub or set screw. Above that, they operate in the same size range as most other screw kinds.

The ‘M’ stands for metric units; an M8 x 12mm grub screw is 8mm wide and 12mm long at the thread’s primary (outside) diameter. Imperial units size are noted with a # or fractional inches.

Grub screws rarely see use in tension load-bearing connections. They find frequent use in affixing two metal surfaces together or where the application requires tension application against a wire/cable. Most commonly, these connections affix door handles to spindle shafts.

Grub screws often attach a pulley hub to a shaft. The end imposes a friction connection with the shaft to provide grip.

The conventional-headed bolt generally offers a more flexible option and commonly available alternative to the grub screw. Its design maximizes load carrying capabilities and complies with a broad range of specifications. 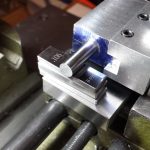 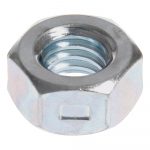 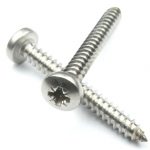 Self Tapping Screw – Function, Materials, and Differences
Thanks for subscribing!