Is engineering hard? Yes. It is hard. Why? It requires a great deal of math, physics, and applied physics. Applied physics is the basis of the engineering discipline. It includes how materials or model components predict failure modes and how materials react in the real world. For example, engineers determine how fatigue affects turbine blades, heat’s impact on referigeration loads, and sizing of pumps. And that’s just to name a few potential applications.

This article cover several questions, including which branches of engineering are easiest, which are hardest, the most challenging classes, and finally, is being a practicing engineer hard?

Which Engineering Discipline is Easiest?

Generally, a few branches of engineering are considered more manageable than others. Environmental, industrial, and ocean/civil make up the major groups

Environmental engineering is generally consider to be the easiest of all disciplines. There is no complex modeling, and there are many more courses to do with the application rather than theoretical concepts. As a result, these tend to be easier for students to grasp.

Industrial engineering optimizes how processes, systems, and organizations in an industrial setting. Examples might include how goods transfer from place to place, how to calculate inventory turns, and time and motion studies. Generally, this tends to be an easier major as it lacks some advanced applied physics that other disciplines encounter.

Ocean and civil frequently bundle together because the ocean analysis is a particular subset of civil. Technically, they have to do primarily with structures, and ocean has to do a lot more with the impact of water upon those structures.

In civil engineering and ocean engineering, loading is more static in nature. While some dynamic loading occurs on the systems themselves, much of the detailed modeling and theoretical elements in mechanical and electrical disciplines are lacking. Therefore, civil is sometimes considered to be one of the easier majors.

Which Engineering is Hardest?

Three primary candidates for the most difficult course of study are electrical, mechanical/aerospace, and chemical.

What’s the hardest major? As someone who has been both an electrical and mechanical engineering major, I have a definite opinion on this. Electrical is the hardest. Why do I and many have this opinion? The primary reason is electrical is almost entirely theoretical.

Mechanical builds on concepts and gradually becomes more speculative throughout, but electrical’s roots are firmly theoretical. After all, none of us have seen an electron. The modeling and the assumptions are completely academic compared to some of the more practical applications in other majors. But that’s not to say it’s the most complex major for everyone. For some people, theoretical science becomes quickly apparent.

One of my best friends in college was a chemical engineer. As I studied mechanical, we consistently argued about which one was more difficult. It’s silly to squabble about such things because whether you pick mechanical or chemical, you are in for a challenge. Chemical engineering certainly involves more conventional chemistry than mechanical. But, you’ll see fewer motion-type applications, such as a Dynamics and Controls classes that gave me fits. Yet, chemical engineering is rightfully seen as one of the more demanding disciplines.

What Are The Hardest Engineering Classes?

The most challenging engineering classes are Dynamics and Controls, Transport Phenomena, math, and electrical circuit theory.

Math, and more specifically, Calculus, provides many engineers fits. Personally, I did not find math to be particularly challenging. Regardless, most courses of study require Calculus 1, 2, 3, and differential equations. And if you’re paying good attention, these build on each other quite well.

For me, the hardest math was Calculus 2. Calculus 3 effectively provided a three-dimensional version of Calculus 1, and differential equations were an application of the concepts learned in Calculus 1 and Calculus 3.

Transport phenomena studies the movement of mass, momentum, or energy through a medium. It has to deal with modeling how liquids and vapors move throughout a system. This course registers as a stand-alone course in many chemical engineering curriculums. This stand-alone is heavy on math. So if math went well for you, this course likely did as well.

Its related fields of heat transfer and fluids appear in the mechanical engineering curriculum. Some engineers find Fluids and Heat Transfer difficult, but that wasn’t my experience.

Electrical circuit theory manifests itself by several different names. It comprises several other laws, ideas, and definitions. These include Ohm’s law and Kirchhoff’s law, which describe the relationship between current, voltage, and resistance. But ultimately, it has to do with modeling how electricity flows and behaves in a circuit. While the electrical circuit introduction course doesn’t usually have a tough reputation, I personally found this course to be challenging.

For Students Looking to Study Engineering

For anyone looking to enter the engineering field, first understand your motivation. Some motivations are better than others. Spoiler alert: “Make a lot of money!” is a bad one.

Ideally, choosing an engineering course of study is due to your enjoyment of math, science, and how things work. I started studying electrical because I loved amplifiers. And while I ultimately switched to mechanical, my enjoyment of making products from a mere idea remained.

And yes, it will be hard. Everything worth doing in life is hard. So if you have the aptitude, interest, and ability, give engineering a shot.

Is Being an Engineer Hard?

Being an engineering student is definitely challenging. But what happens when you get into the real world? As with any profession, there are varying levels of degree of difficulty. I started my career in research and development. I quickly found that wasn’t for me because I didn’t want to sit in a cubicle all day performing calculations. Yet, some people love that type of work.

It’s a lot easier to do something that you love. I enjoy writing online and helping other people with their businesses. Thus, owning an industrial blog and a software agency is a great fit for me, but probably a terrible fit for many engineers.

Engineers do many different things, from production engineering, R&D engineering, and sales engineering. They work in different fields – from energy to medicine, and oil and gas. Each job function and industry provides a particular challenge.

One fear I had was that engineering would somehow limit my opportunities. Specifically, I worried that I might be stuck working a super technical job. Nothing could be further from the truth. My engineering degree opened many closed doors for me.

So go get yours!

So while engineering may not seem like it’s a broad field at the start, it offers a variety of rewards and pathways that open as you gain experience. 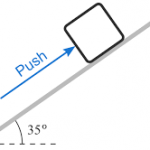 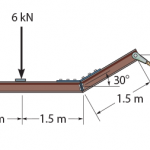 Is Statics a Hard Class? 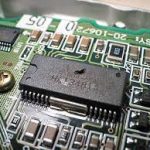