While in its kinetic form, you can quantify the change in thermal energy (Q) as a product of mass (m), change in temperature (ΔT), and specific heat (C).

In practice, we appreciate thermal energy more in its kinetic form because it is easy to put to work. On the other hand, it is a more tedious task to do work with thermal potential energy. Heat is thermal energy in transit. It flows from an object at a higher temperature to one at a lower temperature. In nature, this occurs in three ways: conduction, convection, and radiation.

On a microscopic level, this is the transfer of thermal energy within a body as vibrating atoms and molecules interact with their neighbors. Furthermore, this energy transfer can also occur on a larger scale from one body to another. But the condition is that both bodies must be in contact. Conduction takes place in solids, liquids, and gas. However, it is most efficient in solids where molecules have a closer configuration. Fourier’s law quantifies the rate of heat transfer (Q), across a distance (Δx), as a function of the temperature difference between the bodies (ΔT), the thermal conductivity of the material (k), and the cross-sectional area perpendicular to the direction of heat flow (A).

Heat transfer is classified as convection when fluid flow is the driver of the process. When a fluid receives heat, it expands and begins to flow, transferring the heat to any surface it encounters. We call this natural convection. Moreover, in applications where convection is desirable, a fan, pump or another mechanical means can increase the speed of the process. This is known as forced convection. The rate of heat transfer (Q) via convection can be quantified based on the convection coefficient of the fluid (h), contact surface area (A), and temperature difference between the fluid and the surface (ΔT).

Radiation is the only means of thermal energy transfer that does not require a material medium. The heat transfer occurs by the transmission of electromagnetic waves such as alpha, beta, and gamma waves. A perfect example of radiation is that which occurs between the sun and the earth. The heat flow rate (q) from an object’s surface area (A), depends on the Stephan-Boltzmann constant (σ), emissivity (ε), the view factor between surfaces (F), and the difference of the absolute temperatures of the surfaces (Ta4 – Tb4).

In nature, several objects exhibit thermal energy in both potential and kinetic forms. The conversion of these forms of energy to do useful work are common in a variety of applications.

Solar energy refers to radiant light and heat from the sun which gets to the earth through radiation. We can harness it using a range of technologies that include solar thermal energy for water heating, and solar power for electricity generation.

The passive system is less expensive, but also less efficient than the active system. Largely due to the absence of a pumping system. In this system, the sun heats water directly via a transparent storage tank. This hot water then flows through a plumbing system for end-use.

This refers to the heat energy that comes from within the earth due to the slow decay of radioactive particles in the earth’s core. As a renewable energy source, people use it for heating buildings, water, and for generating electricity. 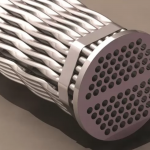 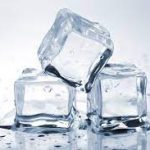 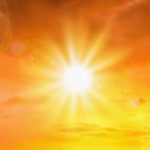 Is Heat a State Function? 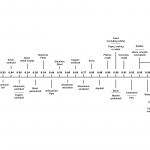 Emissivity and Its Impact on Radiant Heat