Ladder rung spacing is critical to maintaining the safety of employees during the access of elevated platforms, skids, and equipment. Each year, ladder incidents cause over 164,000 emergency room-treated injuries and around 300 deaths in the U.S. To help decrease this statistic, governing bodies created standards on ladder rung spacing. Depending on the location, these standards may vary.

In the United States, OSHA regulates all health and safety guidelines in the workplace by setting and enforcing training and standards. Regarding the topic of ladder rung spacing, OSHA states rungs must not be spaced less than 10 inches (25 cm) apart, nor more than 14 inches (36 cm) along the ladder’s sides rails, and universally spaced throughout the ladder.

Across the Pacific Ocean, both New Zealand and Australia standards state that the distance between ladder rungs must be between 250-300mm, as well as uniform throughout the ladder. This range is about 50mm smaller than that of the United States.

Varying a little from the other countries, the UK requires a clearance between 225-255mm and universally spacing. Compared to the other countries, this is a relatively small measurement with a small range as well. However, this tight window and measurement correlate directly to a decrease in injuries and fatalities. In the UK, only 14 deaths result annually from ladder accidents.

Similar to ladder rung spacing, rung width is another component of ladders that can help provide safety to workers. Width standards vary internationally and aim to protect workers and provide comfort when standing on the ladders. These standards can be analyzed and compared to injury statistics to see if they play a part in preventing injuries.

In the United States, OSHA requires a minimum clear width of at least 16 inches. There is no maximum value, but to minimize costs ladders tend to barely exceed this 16-inch limit.

New Zealand and Australia once again follow similar standards, as both of their width standards fall in the 375-525mm range. This minimum measurement is about 30mm smaller than the minimum requirement of the United States.

Canada requires a minimum width between side rails to be at least 500mm. This is about 100 mm more than the United States and almost exceeds the maximum width required by New Zealand and Australia.

Lastly, the UK has a small width standard with a range of 350-500mm. This relates closely to New Zealand and Australia and is surprising considering their small spacing standard.

When comparing the ladder width standards of each country with their spacing standards, the two often correlate with each other. For example, the US has both large width and spacing standards when compared to other countries. Contrary, the UK has smaller standards in both areas.

Use of Ladder Rung Covers

Ladder rung covers fit easily over ladder rungs and are made of anti-slip material. They help prevent costly slips and falls and provide an extra sense of protection to those using a ladder. These covers can also help improve comfort on the ladder as it provides extra padding between the foot and ladder.

Knurled ladder rungs are similar to rung covers in the fact that they both intend to provide an extra sense of safety for ladder usage. These rungs feature unique patterns created by the knurling technique that provides traction between the rungs and the foot of the user. Made of stainless steel, the knurled ladder rungs are easy to hold onto and also provide a sleek finish to the ladder.

Comparing ladder rung covers to knurled ladder rungs, they both have unique strengths and weaknesses. Because of their better foot comfort and anti-slip material, rung covers are the better choice for everyday and long-term use. Knurled ladder rungs’ low cost and easy installation make it a great choice for short and seldom use. Overall, both innovations do an excellent job of improving ladder safety and comfort for users.

These rung covers are extremely helpful and useful to workers who utilize a ladder day in and day out. Previously, working on a ladder in wet conditions was very difficult and presented many dangerous risks. Thanks to rung covers, workers can now safely work in any condition without the worry of slipping off the ladder. They can also work for longer, thanks to the comfort aspect that helps reduce foot pain and aches. Covers come standard in lengths up to 3600mm, as well as round or square profiles to fit any type of ladder. Overall, rung covers can help increase both safety and efficiency for employers and have become the new standard for ladder protection in the workplace.

Ladder rung spacing, ladder rung width, and ladder rung covers are all important aspects of design that help improve ladder safety. Standards have been placed internationally to set a precedent for ladder production while also reducing injuries. Analyzing each country’s spacing standards and comparing the number of ladder injuries annually, the data shows countries with more strict standards have fewer injuries. Regulations will continue to increase along with new innovations to eliminate ladder injuries and make them a safer and more efficient tool. 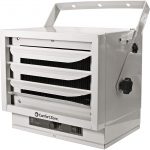 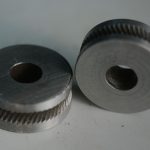 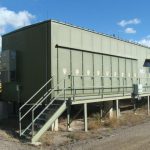 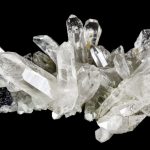