As an Engineering Manager several years ago, our team needed a sharp, newly minted mechanical engineer. As such, I went to Texas A&M to interview five potential engineering candidates. Candidates were herded one by one into a small windowless pressure cooker where we spent the next 30 minutes chatting.

I took a particular liking to John. John’s GPA was bad and his confidence worse. He stammered and jerked awkwardly. I tried to put him at ease with a few jokes. John settled in and our conversation picked up steam until I ripped the steering wheel off and threw it out the window.

“So tell me about jobs you’ve worked in the past..”

“I have never worked.” Followed by a long silence. Now I stammered.

Listen, no professional wants to be your first job experience. And all the volunteering, clubs, and the extra-curriculars are not a job. A job is where you trade your time for money. It is a place where sometimes you would rather be elsewhere. A job is dealing with conflict and disappointment and messiness.

Most people think of money when they think of a job. While early jobs certainly provide that, there’s a litany of other great reasons to get a job while you are pursuing your dream career.

You Have to Do Things You Don’t Want to.

Several generations ago, fourteen-year-old Bobby was up at the crack of dawn dragging a eighty-pound feed sack out to the chicken coop. Today, Bobby’s up til 2am playing Fornite implementing tips from his coaches.

Hauling chicken feed, mopping floors, and generally doing things you don’t feel like doing builds resiliency. Resiliency, or the ability to bounce back from challenges, emerges when placed into suboptimal conditions and being forced to improve. The exciting news? Resiliency is a skill, not a talent. It’s a learned behavior.

A popular model to explain why people build resiliency is the challenge model. In this model, exposures to both low and high levels of stress lead to negative outcomes, but moderate levels of the risk are related to positive outcomes. Thus, no stress or too much stress is bad, but an externally applied, moderate-level stressor (i.e. a job) builds confidence.

You Work with People Who are Fascinating

Amanda sang opera for the cooks during closing time and loved her pet frog. 109 was shorthand code to clock-out and meet at the front benches to talk about places we’d visit when our lives began. Eva immigrated from Argentina and sung “Meet Virginia” into a broom as a tribute to her sister that she left behind. Victor worked two jobs, 16 hours a day to take care of his wife and his baby girl. As we cleaned, he pegged with questions on American slang and culture.

Experimental psychology research extolls the benefits of mixing with others from different backgrounds. This contact enables people to see the world from other perspectives. For example, Catholic and Protestant people in Northern Ireland who had more contact with members of the other religious groups came to view those groups more positively.

You Find Out What You Are Terrible At

A high school summer job of mine pitted me versus an endless stack of papers. My job was to remove staples from the papers and stamp “First Page” and “End of Document”. That was the workday. A young man, brimming with enthusiasm and impatience versus a never-ceasing stack of papers. Who would win?

It was a bloodbath. I trudged through those papers with deep disinterest. For 6 whole days. Until the owner called me into his office and…..fired me.

I was stunned. I tutored the owner’s son in math the year prior and earned rave reviews. But it turns out, I sucked at my job and should have been fired. That drive home was the longest of my adolescent life. In addition to shame, the drive brought a dim and slowly building awareness that certain types of works might not fit me well. The danger of misaligning your interest to a job is best learned early when stakes and lower and course correction can be made easily. Misalignment = bad work.

Your Sense of Responsibility Expands

When you are a kid the adults figure it out. At some point in time, you have to move from bystander to participant in the gears of commerce. For me, that time was when I was 14 years old. It was my first job and I was the gatekeeper at the pool. Just after closing time, the lifeguard and his buddy decided they would lean the vending machine over and slam it against the wall to get quarters out.

I thought because I was a junior employee I didn’t need to speak up. I was only there to take pool passes. It wasn’t my responsibility. I didn’t do the damage.

Jocko Willink, author of Extreme Ownership, has a different take. He writes, “I had to take complete ownership of what went wrong. That is what a leader does — even if it means getting fired. If anyone was to be blamed and fired for what happened, let it be me.” Jocko also points out that many great plans are not devised by the generals, but implemented by generals who listen to the front line leaders. In civilian life, there’s no pre-qualification for front-line leadership.

Maybe you are like our friend John and trying to settle into a career. You are trying to make that resume glitter for the right company. Working part-time or over the summer feels like a disconnected side-step to your grand strategy. Carefully articulated plans fall apart anyway. Put yourself in that awkward spot with different people. Take the job. Do work. What you learn will surprise you. 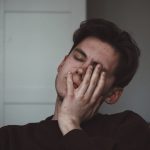 I’m an Engineer with a Bad GPA – Should I Be Concerned? 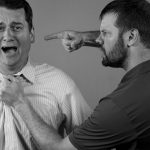 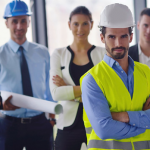 Why are Engineers Bad Communicators?
Thanks for subscribing!