An attemperator is a coil of pipe that usually lies downstream of a steam turbine or boiler. Its basic function is to regulate the temperature of steam by either running cold or hot water. In this article, you will learn an attemperator’s working principle, its use in boilers, compare an attemperator vs a desuperheater, and learn how an attemperator valve works.

Mostly, attemperators serve to reduce the temperature of superheated steam so that downstream equipment does not fail. This is common in industrial processes that deliver both power generation and heating, or when deploying various stages of heating. An attemperator comes in-between stages to ensure the steam is at the right temperature before subsequent steps in the cycle. The way it achieves this depends on its type, which can be either spray or indirect contact.

The basic working principle for all attemperators is to take the heat out of a system by the introduction of liquid water. For the spray type, multiple nozzles spray liquid water directly on the steam, intermittently. As a result, the liquid takes up some energy from the steam and vaporizes. Thereby it reduces the temperature of the system. The temperature and the flow rate of the incoming steam determine the influx rate from the nozzles. Because of the direct contact, this method is efficient in heat exchange. However, exposing the nozzle assembly to thermal cycles results in deterioration over time, leading to the sporadic release of water into the steam. Mitigating this requires the use of durable materials and mechanisms for the nozzle assembly.

In the indirect contact attemperator, the heat exchange between the liquid water and superheated steam can occur via a solid boundary. Typically, this involves a shell and tube setup, where the steam runs through the tubes and the liquid water occupies the larger shell area.

Although the indirect contact attemperator eliminates nozzle assembly challenges, it is less efficient. Also, the setup is bulkier, more expensive, and prone to scale buildup on its walls, which hinders heat exchange.

No matter the application of an attemperator, there are two key parameters that serve to qualify its performance. First is its turndown, which describes the range of flow rates over which it can operate. Moreover, this turndown is a ratio of the maximum flow to the minimum flow and can be determined for the steam or the cooling water flow.

Generally, boilers have several stages of heating to take the feedwater temperature to a desirable level to achieve a purpose. After each stage, an attemperator reduces the steam temperature to allow intermediate pipes and ancillary equipment to handle the steam safely.

Typically, the goal is to take the steam to within 5 °F to 10 °F above its saturation temperature, depending on the system demands. Thus, a thermometer obtains the temperature of the steam after each stage of superheating, then injects liquid water accordingly. Modern boiler systems utilize either the spray type or indirect contact attemperator.

Attemperators and desuperheaters are often regarded as the same because they largely perform the same function. Both serve to reduce the temperature of steam in a system either by direct or indirect contact with liquid water. However, there are a few aspects that distinguish between both as the table below highlights.

Attemperators use control valves because to deliver a precise amount of water to achieve specific temperature changes. In indirect contact attemperators, the valve function is simply to alter the cooling water flow rate to suit steam requirements per time. However, the demands are more in the direct contact system, as the valve’s parts interface with the steam. This exposure to thermal cycles makes the valve prone to failure, especially its moving parts. So, the use of superior materials that is wear and erosion resistant is necessary, as well as having a predictive maintenance strategy. Despite this downside, the direct contact system is preferable in most systems as it delivers superior efficiency. Typically, this valve system uses multiple nozzles to atomize the introduction of cooling water. Also, these nozzles could be placed in a variety of angles to alter the cooling effect. 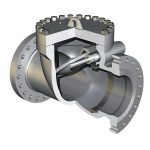 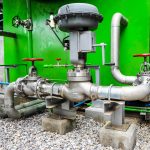 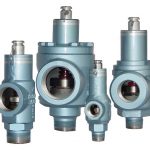 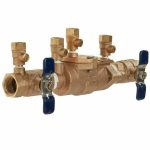 What is a Double Check Valve