The advent of drones has revolutionized industrial data collection. It’s hard to argue that anyone has done this better than Airobotics. Travis Ziebro of Punchlist Zero and Jeff Bricker, General Manager of Airobotics Drones in Houston talked data collection, analysis, and Airobotics’ recent expansion into the Houston market.

PL0: Tell me more about what Airobotics does.

Airobotics provides an end-to-end, fully automatic solution for collecting aerial data and gaining invaluable insights. Airobotics is the most advanced commercially available UAV / Data solution and is the only solution that automates the entire operation. Our company is redefining the ways automated drones provide insightful data through a diversity of sensors and AI-enabled application software to transform the physical to the digital.

We operate in urban environments as well as oil & gas facilities, ports, and other large, complex industrial environments. Today, we operate in 3 countries:  the U.S., Singapore, and Israel. In these environments, we perform different missions such as security, inspection, mapping, and surveying. The aerial data capture system, including our drone, is proving itself as an invaluable tool, utilizing the third dimension to gather and analyze aerial data. We fly our system in testing 24/7 to make sure it is safe, reliable and dependable.

In 2014 when we started Airobotics, one of the biggest risks we faced was that existing drone technology was for recreational use. The needed components did not exist, so we had to build everything ourselves, from the drone to the PCB and the battery. Developing the technology for the drone to land itself precisely was an especially big challenge. However, over the years our team has been our greatest strength, and our engineers worked around the clock to solve this problem.

When Airobotics started operating, only human operated drone business models existed in the market. At that time, companies could either hire a third-party drone operator, or develop an in-house drone program. Hiring drone operators proved to be costly, lacking neither the precision of robotics nor on demand availability. Overall, companies spent a lot of money on piloted drone operations, whether the operation was in-house or supplied by a third-party drone service provider.

With Airobotics, we introduced our service model of a fully autonomous, self-sufficient, robotic system, that relies on computer algorithms to operate drones. This fully automated system takes care of the drone’s pre-flight checks, health monitoring, weather condition monitoring, basic maintenance, launch, fly, return to base, as well as payload and battery replacements. Our system is certified by Aviation Authorities in various countries, and for our customers, we take care of the technology as well as regulation.

PL0: Today, drones feel like a bit of a commodity. What does Airobotics offer that separates it from the competition?

What makes Airobotics different and unique is being the only fully automated solution. Airobotics’ automation extends from pre-flight checks to automatic downloads, data transmission and processing by our product team. First commercialized in 2016, our automated drone platform was developed fully in-house by a team comprised of aviation experts, robotic engineers, mechanical engineers and software developers.

Our drone system has the unique capability of swapping its own batteries and payloads. It is also industrial-grade so it can fit adverse weather conditions. Finally, it has the ability to self-launch and land automatically every time, thus overcoming the hardest hurdle from a technological perspective.

Additionally, Airobotics is the most advanced system from a safety perspective – it is approved for operations remotely in Beyond Visual Line of Site (BVLOS), including populated areas such as cities. Also, the Airobotics’ Platform has an integrated parachute which serves as a failsafe response to unexpected events and situations.

PL0: I see you are new to Houston and the Cannon as well. How has that experience been so far?

We know there is a tremendous value we can provide in Houston and Texas more generally. We are currently working in a leading industrial facility in Deer Park to advance its safety, security, and inspection operations. Automated drone flights take place daily, providing site personnel with near real-time high-frequency data collection, processing, visualization, and analysis to reveal insights into areas of operation which were previously unattainable.

Additionally, the presence of the Houston Ship Channel, terminals, refineries, and other potential customers have made the greater Houston area the center for our first Smart Cities operation in the industrial space. A smart city uses different types of electronic methods and sensors to collect data. The insights from this data help Airobotics’ clients manage assets, resources, and operations more efficiently.

While Airobotics may be a recent addition to the greater Houston market, much of our team have called Houston home for most of their lives. Airobotics looks forward to expanding its operations in the Houston area and Texas, in general.

PL0: Is there anything else you want our readers to know about Airobotics?

To set up a meeting with our team or learn more about our automated drone system and aerial data capturing capabilities, email us at: [email protected], or visit us at www.airoboticsdrones.com. 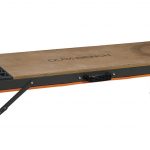 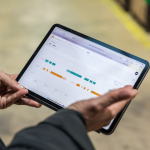 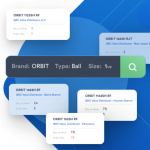