Turbines are machines for producing continuous power in which a wheel or rotor, typically fitted with vanes, is made to revolve by a fast-moving flow of water, steam, gas, air, or other fluid. In this article, you will learn about the general operating properties, the different types, applications, and maintenance and repair considerations of turbines.

Basic functionality is achieved by initiating movement of the inlet rotor assembly through external means. Once the rotor assembly begins moving, the blades compress the inlet media. The compressed media is then directed through consisting of shaft or drum with blades on it. The stream of fluid acts on the blades and they start rotating and transfer the rotational energy to the rotor.

There are several types of industrial turbines. Common turbine groups are gas, hydro, wind, and steam.

The working principle in each type of turbine is to convert energy in a fluid stream to useful work. The operating principle for each type varies significantly and will be covered in more detail.

A gas turbine intakes air, compresses it, and then ignites the air-gas mixture. The turbine may be used to turn a shaft to do mechanical work, but most commonly powers a generator, producing an electric current. Rotor assembly is initiated through a startup mechanism, which is typically an electric motor. Once the rotor assembly begins moving, the blades compress the inlet air. As the air molecules become tightly packed they become hotter and pressure becomes high. That air is directed via a specially designed nozzle into a combustion chamber where fuel is ignited.

The ignited fuel is directed onto blades in the combustion chamber (also known as buckets). These combustion blades turn, allowing power to be generated. Industrial gas turbines can broadly classified into two types: mainframe and aero-derivative.

These types of turbines are physically large in size and are characterized by lower pressures ratio (ratio between discharge pressure and inlet air). Their compression ratio is typically below 20. They have very high power outputs, typically in the range of around 100 megawatts to 600 megawatts.

These turbines are comparatively compact in size and are used where smaller power outputs are required. As the name implies, these turbines are spinoffs of engines used in jets. These turbines can operate up to a compression ratio of 30 to 1. They can typically offer a power solution in the range from 20 megawatts to 65 megawatts.

Steam turbines convert thermal energy in steam to useful work or mechanical energy. Such turbines have air-foiled shape blades which create pressure difference whenever high energy fluid passes over it. This pressure becomes the cause of lift force. This lift force rotates the turbine and so the energy in the fluid has been transformed into mechanical energy.

Steam power is flexible as it can be configurated in a variety of different ways, depending on how steam is provided and the purpose of the outlet stream. These turbines operate from a power range of around 100 kW to over 250 MW. Steam may be delivered at a variety of pressures and temperatures. As pressure and temperature increase, the efficiency of the steam turbine increases.

At times, steam turbines are combined with gas turbines, creating a combined cycle set-up. The definition of a combined cycle is an assembly of engines that work of the same source of heat. A well designed combined cycle can deliver efficiencies up to 65% versus approximately 35%-40% for single-cycle operations.

Hydro turbines utilize falling water energy to produce rotatory motion in turbines. This procedure converts kinetic energy into mechanical energy. Hydro turbines use water falling from a height as in dams and pass it down to pipes called penstocks.

A scroll case, present at the end of these penstocks, curls around the turbine. It is designed so that the pressure is consistent from all sides when the water enters the turbine. Wicket gates are openings that control the water flow into the turbine. The opening and closing of these wicket gates is controlled by an outside governor system.

Reaction turbines utilize the combined effect of pressure and velocity of flowing water to create the rotatory motion. In this type, the runner (shaft) is placed directly into the water stream flowing over the blades. The rotor of a reaction turbine is placed inside a pressure casing.

These turbines are solely based on the velocity of the flowing water to rotate the turbine. The turbine operates at atmospheric pressure, however, there are pressure changes at the nozzles that direct the water into the turbine.

Wind turbines convert wind power into a useful form, most typically electricity. When the wind causes the wind turbine blades to turn, an attached generator produces electricity using this kinetic energy. The blades turn by creating a lift force whenever the wind moves over an airfoil. An important phenomenon of these moving blades on relative wind velocity.

As blades start moving at a higher velocity, the relative wind velocity is greater towards the tip of the blade. This inclination results in a continuous twisting effect from the root and tip of the blade. These rotations are very low in terms of RPMs, necessitating an increase in speed to generate electricity. A gearbox coupled to the blade assembly further increases the speed.

Most turbines begin to produce electricity at a wind speed from six to nine miles per hour. This is the “cut-in” speed. Turbines automatically shut down when wind speeds are too high to prevent damage to the turbine.

There are also specific maintenance considerations based on the type of turbine. 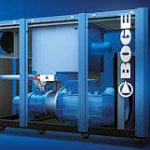 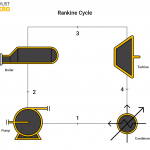 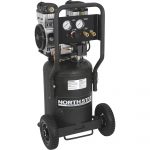